The lab was settled in the basement of a middle age house, rue Basse Seille, (the walls were reinforced  with concrete during World War 2 for shelter). the holographic table was lying on inner tubes placed on an other concrete bench. The mounts for the optics and the hologram plates were in oak wood. This lab was very stable, and we did 30 x 40 cm holos with several minutes exposures without difficulties.

The 5 mw Spectra Stabilite laser points to a model of the “Graouilly”. The resulting hologram was given to Philip K Dick as an award Grand Prize during the Metz Science Fiction Festival in 1979 for “A scanner darkly” –“Substance mort”-. 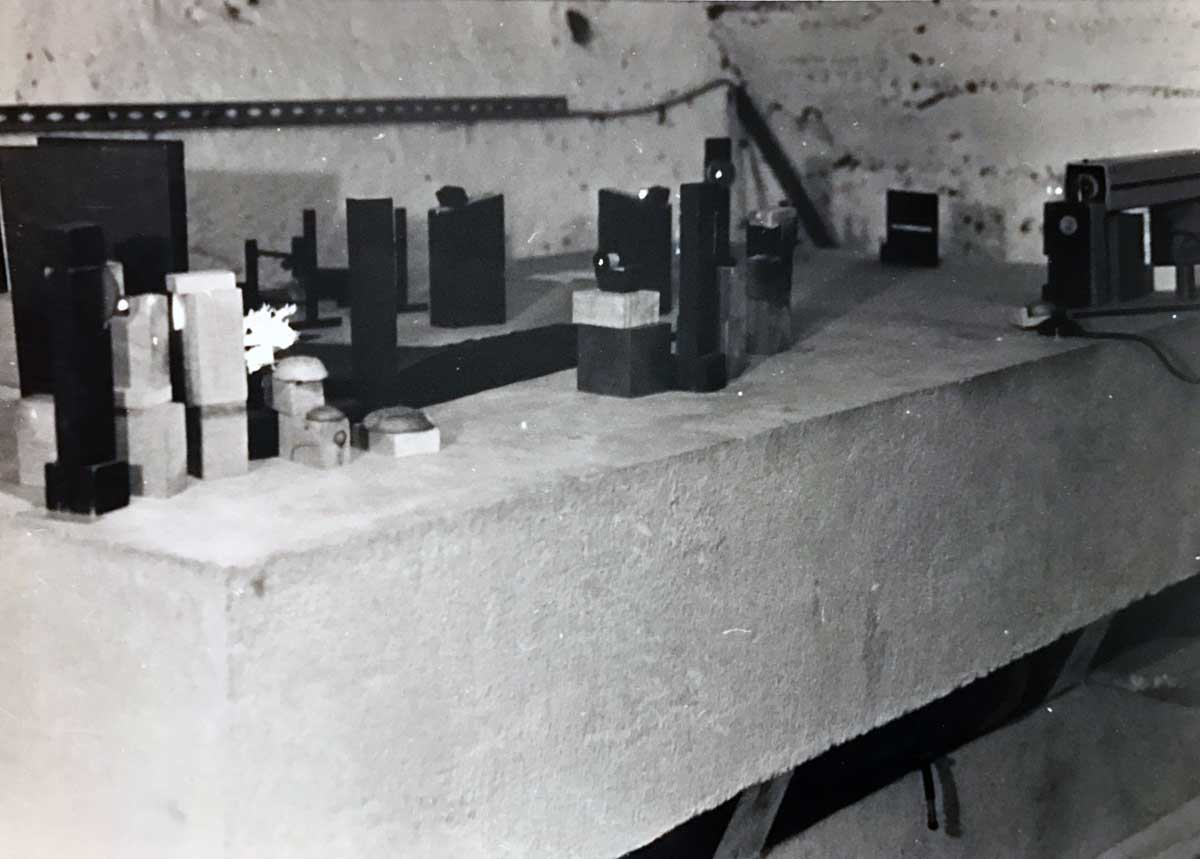 One of the first tests on a 20 x 25 cm plate : we holographed the crystal glasses belonging to Augustin Seretti’s grand mother.  Displayed here in the “optic room” in Kleindal using a YAG laser. 40 years later, the hologram is in good condition, meaning that, if well stored, the emulsion is quite sustainable. 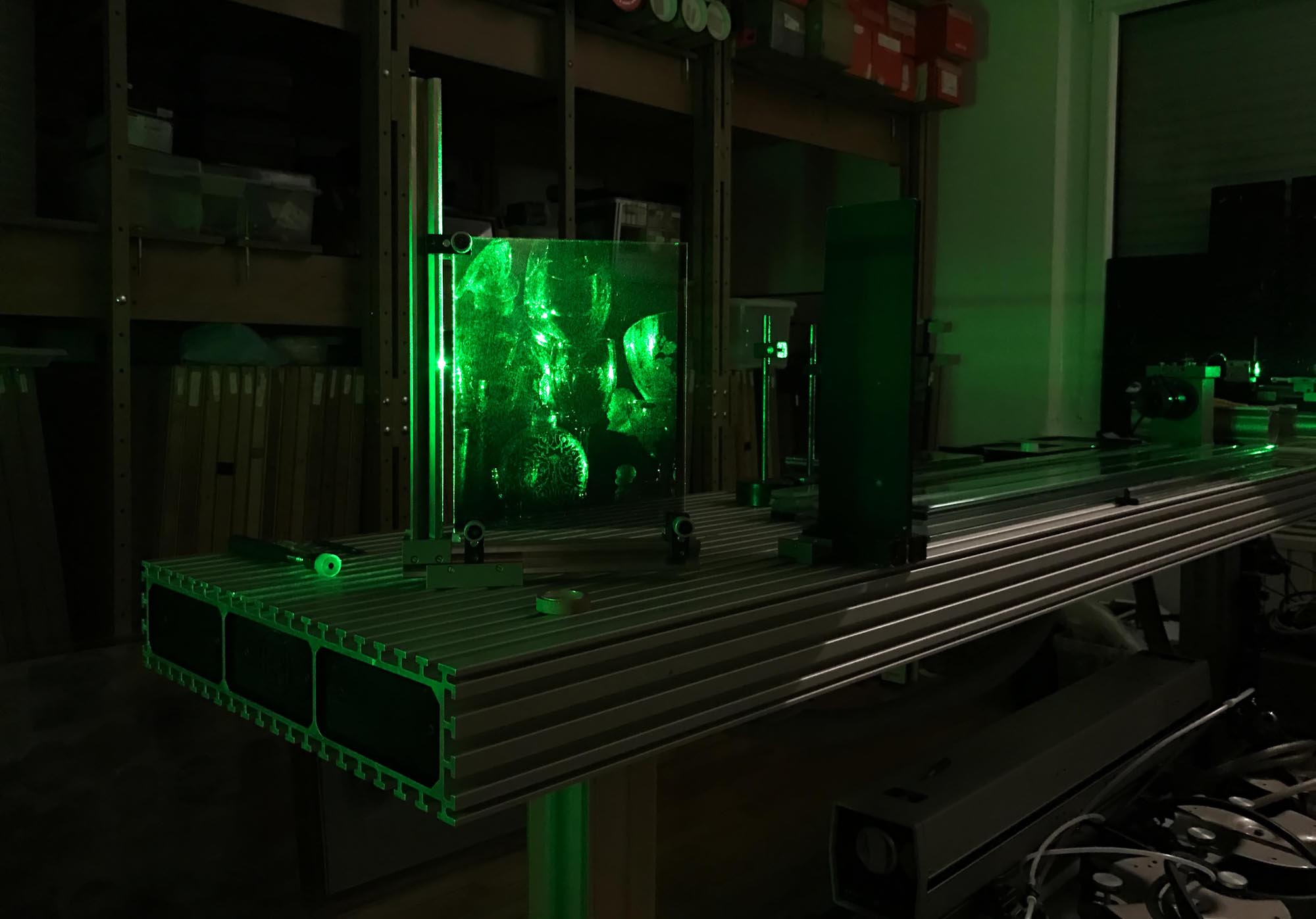 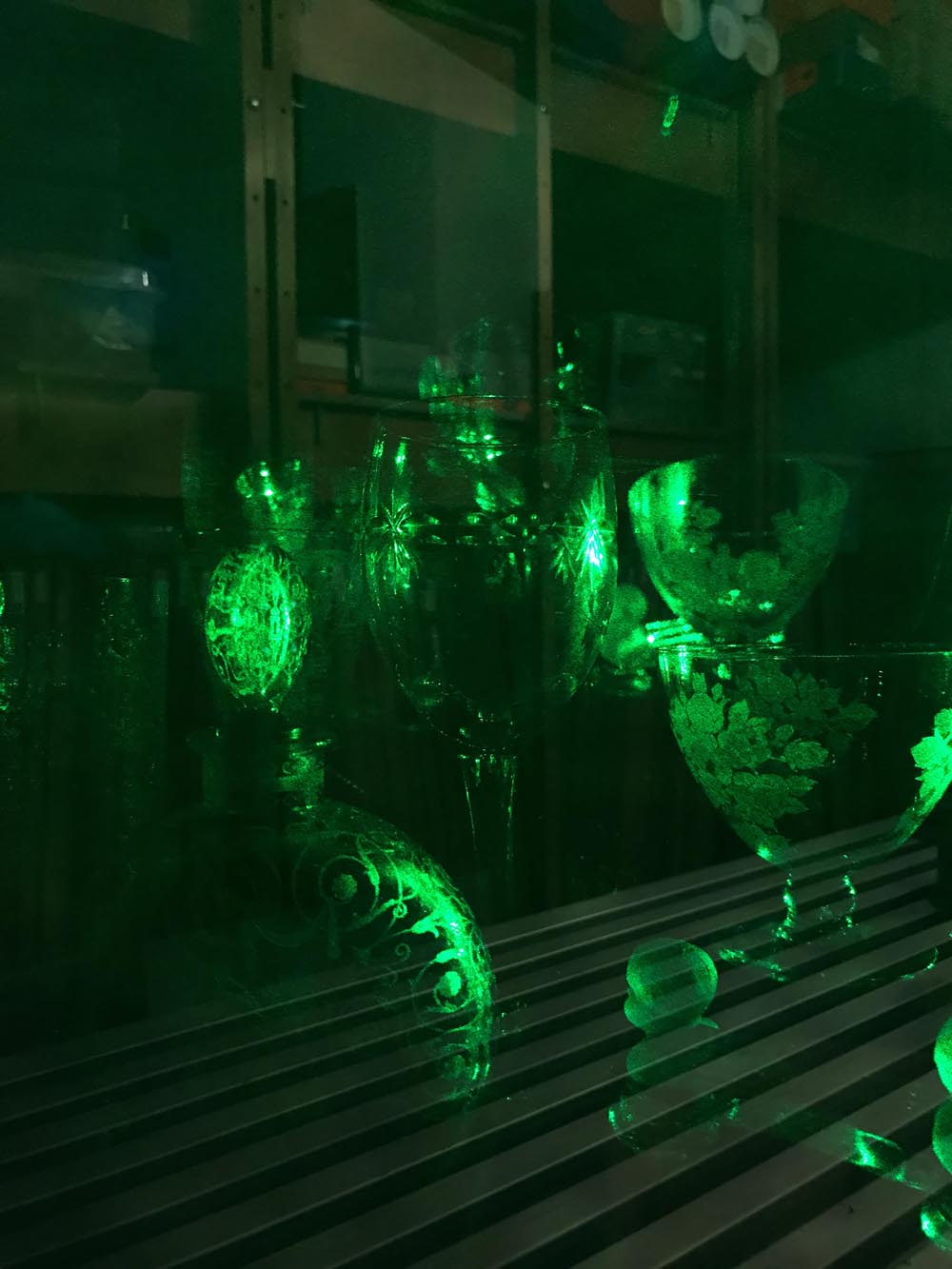